An artist, explorer, peacemaker and activist who goes by the name of Drift Wood was placed here on our Earth to encourage others to discover a deeper connection with art, magic and culture.  Born in Detroit, Michigan, Drift Wood began creating art from the moment he entered it. Growing up in a family that encouraged the arts, he never looked at himself as an artist until 2005 when he gained access to a dark room studying photography for nine years planting the seed to grow an artistic garden.

On August 25, 1995, he turned six years old and was gifted two albums by his father. “Dark Side of the Moon” and “Abbey Road” became on this very day the two most influential albums in his entire life.  They changed the way life was lived, art was made and relationships with the world and its people.  The importance of these works of art  stem further then you could imagine and Drift Wood encourages everyone to spend a few hours today to listen and feel the messages and emotions within the lyrics and music.

Drift Wood’s art are mirror images of himself such as a self portrait  and the very truth of who he is.  Although he is a visual artist he spent six years studying to become an Anthropologist.  He had passion and a plan of being the first in space and even with his focus and determination, the grant proposal without astronaut training and rocket fuel seemed out of his reach as an undergraduate.  Still, he received a BA degree in both Art and Anthropology in 2014 and set forth in his own discoveries.

“I spent a few years traveling, exploring the different relationships, geographies, and cultures of the United States. Having studied ancient cave art in school, I was eager to see as much as I could; I continued to study the magnificent petroglyphs in the Chauvet Caves of France or the Wandjina Petroglyphs in Australia. It became clear that these ancient artworks, many from 40,000 years ago, were the oldest art pieces ever discovered. My studies and my adventures and my passions come out in my paintings, which is clearly demonstrated in my ongoing series “Petroglyph X”, which displays recreations of these original cave paintings over organic, abstract backgrounds.”

With no claim on inventing any signature techniques, Drift Wood shares that with every painting he creates, he incorporates saliva into the paint and rarely uses brushes.  His preferred method in transferring paint ot canvas is with all things in reach including forks, spoons, knives, paper plates and his infamous “The Cranberries” cassette tape.

“I plan to revive ancient methods of painting, techniques used over fifty-thousand years ago, such as taking paint (often blood or other organic pigment) into one’s mouth and spitting it, spraying across a hand, leaving a perfect hand-print left on a stone wall. While I, obviously, didn’t invent this technique, it is one that I often use in my own body of work, in a way that well describes my attitudes and goals as a painter.”

Drift Wood loves many things including exploring the mountains that surround Los Angeles, the Detroit Red Wings and his avid juggling skills.  But in addition to that he loves the trees that find themselves near the beach and enjoys reading beneath the base of their trunks embracing their beauty and their natural artist’s canvas.  The time spent there reminds him that there could never be a world without art for the world is the canvas with everything created as a work in process.

“I’m not sure how else to say this, but a world without art is physically impossible. It’s like saying “a beach without sand”. It just literally cannot exist. In my opinion, nature itself is the greatest artwork in the universe. Every atom is perfectly placed in harmony and balance within itself and without. Whether or not the Divine is conscious is of no consequence- but if nature is the greatest work of art, then Mother Nature is the greatest artist. We simultaneously exist as subject and object, artist and observer in the ongoing live performance of Nature’s Thing. There is no way out of this art piece.”

His goals as an artist involve encouraging people to connect and engage with the origins of art through exploring mankind’s natural state of creativity (expressed through cave painting). He hopes that this leads to a more holistic understanding of the things that make each of us different, allowing us to embrace one another for the same reasons that we once fought over. Our current world is hurting right now, yet it always has and to find a deeper understanding for solutions in change is a goal that Drift Wood keeps close to his side.

“I see a focus on race, on religion, on political perspective, gender roles, sexual orientations; I see a negative focus on these things that make all of us different. I think this world needs a shift in that focus. To look further back is to see not differences, but commonalities. All the weird people of this planet, of dramatically different descent, opinions, lifestyles, and cultures- all of us share roots. Our ancestors knelt in caves together, crawled out of the oceans together, coexisted since the dawn of humankind together. The world needs a shift in perspective, one that allows us to view one another as we truly are: family.”

This is an artist that wants to change the world and start from finding the roots of where it all began.  He is encouraging and bright, resourceful and sound and has people and our culture as a focus on where to begin.  His art is courageous and tells stories without any words shared or letters to be found but through what our past has left us to discover our future. 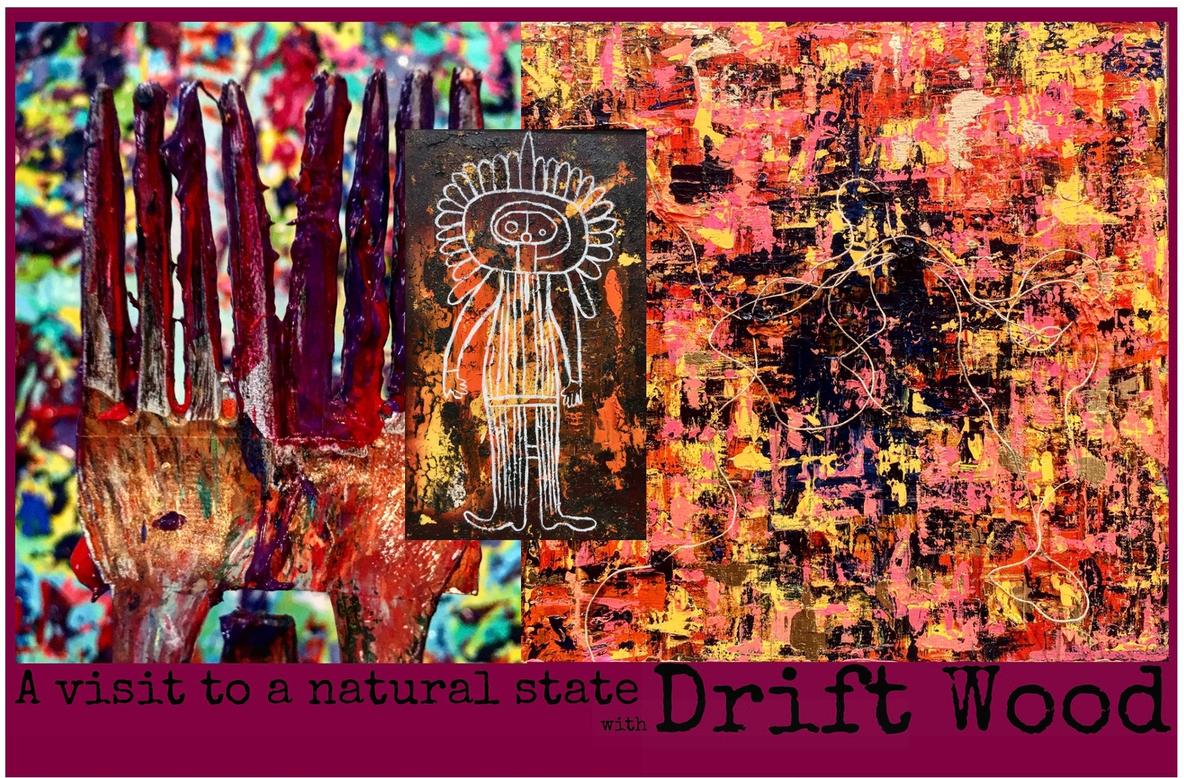